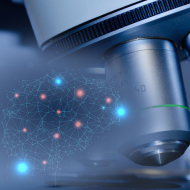 The new machine-learning approach can screen millions of chemical compounds in a matter of days.

New drug works against a wide range of resistant bacteria

A powerful new antibiotic that can work against a wide range of antibiotic-resistant bacteria has been discovered using artificial intelligence (AI).

The antibiotic, called halicin, was identified by a machine-learning algorithm out of 100 million chemical compounds. In laboratory tests, halicin killed many bacterial strains that are resistant to treatment, including Clostridium difficile, Acinetobacter baumannii, and Mycobacterium tuberculosis.

Researchers also used the antibiotic to treat mice infected with A. baumannii, a bacterium that has infected many U.S. soldiers stationed in Iraq and Afghanistan. This particular strain of antibiotic is resistant to all known antibiotics, but the application of a halicin-containing ointment cleared the infections within 24-hours.

The work was led by Professor James Collins at the Massachusetts Institute of Technology (MIT) and published in the journal Cell.

“We wanted to develop a platform that would allow us to harness the power of artificial intelligence to usher in a new age of antibiotic drug discovery,” explained Professor Collins. “Our approach revealed this amazing molecule which is arguably one of the more powerful antibiotics that has been discovered.”

Antibiotic-resistance is considered to be a serious risk to public health. In 2014, the lack of effectiveness of existing antibiotics combined with the lack of new antibiotic treatments led the World Health Organisation to describe the situation as a "post-antibiotic era" where people could die from simple infections that have been treatable for decades.

The study identified several other antibiotic candidates which the researchers plan to test further. They say the computer model could also be used to develop new drugs, based on what it has learned about chemical structures that enable drugs to kill bacteria.

“This groundbreaking work signifies a paradigm shift in antibiotic discovery and indeed in drug discovery more generally,” says Roy Kishony, a professor of biology and computer science at Technion (the Israel Institute of Technology), who was not involved in the study.

“Beyond in silica screens, this approach will allow using deep learning at all stages of antibiotic development, from discovery to improved efficacy and toxicity through drug modifications and medicinal chemistry.”