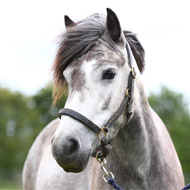 The most commonly reported skin problems were sweet itch and mud fever.

Skin problems remain the most commonly reported health issue in horses, according to figures from the 2018 National Equine Health Survey (NEHS).

The survey reveals that skin diseases accounted for 33 per cent of all problems reported in 2018 (31 per cent in 2017), followed by lameness (29 per cent), metabolic diseases (7.4 per cent), respiratory disease (7 per cent) and eye problems (6 per cent).

The NEHS was created in 2010 by Blue Cross, BEVA and RVC Professor of Equine Clinical Studies, Josh Slater. Supported by the major UK equestrian organisation, the survey offers a snapshot of disease prevalence at the same time every year.

The NEHS relies on survey feedback from thousands of horse owners across the UK and helps to pinpoint trends in equine epidemic diseases. The results are used by vets and researchers as benchmarks for our general knowledge of horse health.

Some 5,500 people took part in the survey this year, returning records for almost 14,000 horses. The figures, which are similar to returns for previous years, enable an initial breakdown into general disease syndromes and then a further breakdown into individual diseases.

British Horse Society director of welfare Gemma Stanford said: “The BHS has been wholly supportive of this valuable survey since its inception. The information it has generated over the past eight years has been enlightening and gives all of us within the industry a valuable guide to the most significant endemic diseases affecting our horses today.”

Olympian eventer Mary King added: “The health and happiness of our equine population are of great importance to me, and Blue Cross’s NEHS survey has helped us gain a true understanding of the state of our nation’s horses to help improve their welfare.”