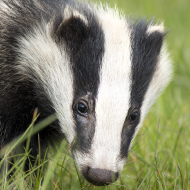 Derbyshire, which is in the Edge Area, will not be included in the new cull zones.

Derbyshire not granted a licence

Natural England has confirmed that the badger cull will take place this autumn in 11 new areas, alongside the 29 existing areas.

Derbyshire, which is in the Edge Area, will not be included in the new cull zones, however.

“There is no single measure that will provide an answer to beating this disease. That is why we have always been committed to a multi-pronged approach including proactive badger control as well as other tools such as tighter cattle controls, improved biosecurity and badger vaccination.

“Our strategy in combatting the disease now has an opportunity to look at different methods as part of our response to the Godfray Review. We will fully respond to this review in the near future.”