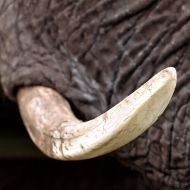 "I welcome today’s ruling by the High Court which upholds the UK’s commitment to ban the ivory trade" - Theresa Villiers.

Ban will come into force "as soon as possible”

A High Court challenge by the antiques sector to reverse a ban on the ivory trade has been rejected.

On Tuesday (5 November), a group of antiques dealers were unsuccessful in arguing that the Ivory Act, introduced in May 2018, is unlawful under EU law and that it would have a disproportionate and adverse effect on their businesses.

The ruling means that the UK government will now proceed to bring into force the ivory ban ‘as soon as practicably possible’, which is likely to be early next year.

Environment secretary Theresa Villiers said: “I welcome today’s ruling by the High Court which upholds the UK’s commitment to ban the ivory trade. We will move forward and make sure the ban comes into operation as soon as possible to protect wildlife and the environment.”

Under the Ivory Act 2018, the dealing of elephant ivory is prohibited, irrespective of its age. This includes imports and exports to and from the UK. Some ivory items are exempt from this ruling, including musical instruments made before 1975 (with an ivory content of less than 20 per cent) and sales to accredited museums.

Environment secretary Michael Gove said the speed of the Act's passing through parliament “shows the strength of feeling on all sides of the House on this critical issue.”

Wildlife charity Born Free welcomed the bill calling it “a vindication of Born Free’s long-standing assertion that only by banning the trade in ivory can we hope to bring an end to the poaching of elephants, who are being slaughtered on an industrial scale to provide the market with tokens and trinkets”.