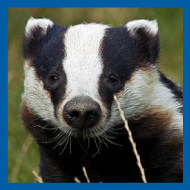 It is expected that new culling areas will be announced this week.

Vet and former government adviser Ranald Munro has said thousands of badgers are likely to have suffered ‘immense pain’ during the culls.

In a letter to Natural England, signed by 19 other vets, scientists and animal welfare campaigners, Prof Munro is reported to have said the policy causes ‘huge suffering’.

According to BBC News, a freedom of information (FOI) request by the group revealed that in 2014, 20 per cent of the culls were supervised by Natural England staff. But in 2018, only 0.4 per cent were monitored.

Prof Munro is quoted by the BBC as saying: “The terms of the roll-out of the culling have not been adhered to. They are saying ‘oh yes, we are observing’; but they are observing at a level which is of no value whatsoever in determining the humaneness of culling and whether badgers are being injured or how long they are taking to die.”

The independent expert group found up to 23 per cent of badgers took longer than five minutes to die after they were shot. As a result the group concluded that the culls were inhumane in a report released in 2014.

Prof Munro told BBC News that an estimated 40,000 badgers have been culled so far.

“The numbers are huge, they really are. If you look at the likelihood of not dying within five minutes of being shot, you are looking at 3,000 badgers having suffered immense pain at a minimum. It could be as high as 9,000. There is a huge issue of suffering in these badgers.”

A Natural England spokesperson said: ‘We help to implement the badger culling policy under the direction of Defra and in line with decisions taken by ministers. We are in the process of reviewing the badger cull applications for 2019 made under that policy and will communicate decisions in due course.

‘One of our roles is to independently consider licence applications to cull or vaccinate badgers, and we take policy advice from Defra when deciding if the activity will deliver effective disease control. Licensing is not done lightly and those involved in the cull - farmers, contractors and Natural England staff - take the welfare of badgers very seriously.’

It is expected that new culling areas will be announced this week.