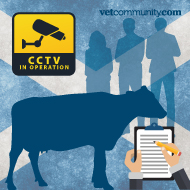 “It’s great to see such a robust and comprehensive list of commitments to animal welfare from the Scottish Government" - BVA president, Simon Doherty.

Scottish government lays out a programme of action for 2019-20

New actions for animal welfare set out by the Scottish Government have been welcomed by the British Veterinary Association (BVA).

Among the pledges set out in the Programme for Scotland 2019-20 include:

The Scottish government has also pledged several measures concerning land-use and sustainability. It announced that it will be creating a new Agricultural Transformation Programme focussed on farming and food production.

Welcoming the actions, BVA president Simon Doherty said: “It’s great to see such a robust and comprehensive list of commitments to animal welfare from the Scottish Government, in their latest programme of action. Scotland are taking the lead with a number of these pledges and we hope that England and other devolved nations will follow suit.

“BVA has campaigned on many of these key commitments and we are particularly supportive of the plans to launch a media campaign for responsible dog ownership. Our own pre-purchase advice and involvement with ‘the puppy contract’ complements this.

“We strongly support the mandatory introduction of CCTV to Scottish abattoirs as this is an essential tool for Official Veterinarians to help make sure that animal health and welfare standards are upheld.

He continued: “It is excellent to see a commitment to sustainable land use and use of natural resources, two points that we mirror in our position on UK sustainable animal agriculture.

"I was also delighted to see a commitment to aquaculture with the 10-year Farmed Fish Health Framework to address the health and wellbeing of farmed fish. We look forward to seeing these commitments put into action and are happy to work with the Scottish Government to achieve them.”