MRCVSonline cannot control these cookies from outside sources and we advise you to check with the relevant third party for more information..
Campaigners welcome plans to protect renters with pets 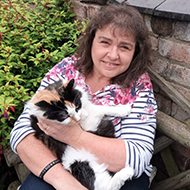 Campaigners have welcomed government proposals designed to make it easier for renters to share their homes with pets.

EAST Midlands-based pet charity AdvoCATS, which has long campaigned for a change in the law, hailed the move as “a great day for animal welfare and tenants everywhere”.

“We are thrilled to see that one of the key proposals from our Heads for Tails! campaign, to allow a landlord to stipulate pet damage insurance is held, has been adopted,” commented AdvoCATS co-founder Jennifer Berezai.

“We grabbed our chance ‘with both paws’, we talked, the Government listened and now thousand of tenants will be able to keep pets that they have, and/or adopt anew. This is a great day for animal welfare and tenants everywhere."

A statement released by national charity Dogs Trust echoed this sentiment, stressing that one of the biggest reasons dogs are handed into its rehoming centres is being unable to live in a rented property with a pet.

James Hickman, head of outreach projects at Dogs Trust, said: “For most dog owners, being separated from their dog is no different from being separated from a family member, so the introduction of the legislation proposed in the White Paper will help ensure that fewer owners are forced to make the heartbreaking decision to give up their beloved pets.”

The White Paper will make it easier for tenants to have pets in their homes by giving all tenants the right to request a pet, which the landlord must consider and cannot unreasonably refuse. It also proposes a change in the law to allow a landlord to ask that pet damage insurance is held.

The National Office for Animal Health (NOAH), which launched its ‘Renting with Pets’ campaign in 2020, said such a change is crucial as it means landlords will be better protected against any potential damage caused to their property by pets.

Dawn Howard, chief executive of NOAH said: “The measures set out in the Renters’ Reform White Paper are transformational not only for those people that will now find it much more straightforward to enjoy the extensive health and wellbeing benefits of pet ownership - but also for our beloved pets who deserve homes too.”