MRCVSonline cannot control these cookies from outside sources and we advise you to check with the relevant third party for more information..
Study reveals insights into how FMDV interacts with immune system 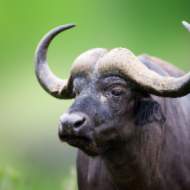 The study revealed that the interaction between FMDV and the immune system helps the virus to persist in animals such as African buffalo.

Findings could provide clues about how to increase vaccine protection longevity.

Researchers at The Pirbright Institute have revealed how the foot-and-mouth-disease virus (FMDV) interacts with lymphoid tissues to create vaccines that give long-lasting immunity to livestock.

The study found that the interaction between FMDV and the immune system helps the virus to persist in animals such as African buffalo, enabling them to become carriers of the disease and, therefore, pose a risk to other susceptible livestock.

Given that current vaccinations only give short-term protection, scientists believe that better knowledge of immunity to FMDV might lead to the development of longer-lasting vaccines that would benefit those farmers whose livelihoods depend on them.

In the study, scientists used a mouse model to investigate how FMDV persists in African buffalo and discovered that FMDV binds to cells in the immune system called follicular dendritic cells.

Follicular dendritic cells are found in lymphoid tissues, part of the adaptive immune response, and allow the immune system to mount a specific response.

The study also found that FMDV binds to a receptor known as CR2/CR1, which is essential for trapping and retaining the virus that, in turn, leads to a better and longer-lived immune response.

Researchers also revealed which lymphoid tissues were important in FMDV infection and correlated to researchers’ predictions on the origins of persistence in African buffalo.

Professor Bryan Charleston, director of The Pirbright Institute and head of the Viral Immunology Group, said: “This research helps to bridge the knowledge gap of how the immune system deals with FMDV infection in large animals. Our extensive work in African buffalo, a natural host of the disease, allowed us to predict why and how persistence may occur and then test this theory in a small animal model.

"This has given us new insights into the immune responses to FMDV and could provide clues about how to increase vaccine protection longevity.”