MRCVSonline cannot control these cookies from outside sources and we advise you to check with the relevant third party for more information..
Cape Town clinic launches programme for more pet sterilisations 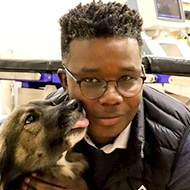 The Mdzananda Animal Clinic in Khayelitsha, Cape Town, has launched a satellite sterilisation clinic to fight against overwhelming pet population growth in the area.

Partnering with an animal hospital in a neighbouring suburb, Blue Downs, the Mdzananda Animal Clinic opened the Satellite Sterilisation Partnership Clinic to sterilise a larger amount of animals.

Marcelle du Plessis, fundraising and communications executive for the clinic, said: “The community’s pet population is skyrocketing. Backyard breeding is rife as puppy and kitten sales are income generators.

“There is also a massive increase in the township’s size and population as people move to Cape Town from other provinces bringing their animals with them.

“There are many superstitions around female dogs needing to produce at least one litter and that males will lose their ‘manliness’ and stop protecting homes if sterilised.

“The increasing population means insufficient homes or overcrowded homes which can lead to intentional and unintentional neglect.”

Partnering with Dr Rightwell Munyuki, owner and veterinary surgeon at Blue Downs, the clinic has been able to sterilise an extra 353 animals since the satellite clinic opened in January 2022.

Mdzananda Clinic sterilises 1,500 pets yearly, but as Sr Heidi May, general manager of Mdzananda, explained: “This is not enough, but due to our capacity at our facility, providing medical treatment to over 1000 animals per month, we are not able to do more.

“We have limited space in our operating theatre and limited veterinarians who also need to care for all patients in our hospital and shelter.

“We believe in partnerships and that, through standing together, we can do even more good.”

Launched with the financial assistance of Battersea Dogs and Cats Home, the project requires more funding to continue its mission, and the team are asking the public to become #SteriSuppawters, and donate to the programme.

“We would like to reach more animals than the targeted 720 for this year. We can do it but we need to source more funding to make that a reality,” Sr May added.

“We want to encourage the public to sign up as #SteriSuppawters and sponsor a sterilisation.”

Anyone interested in donating to the clinic can do so on the Mdzananda website, and any information required to donate can be requested from info@mdzananda.co.za