MRCVSonline cannot control these cookies from outside sources and we advise you to check with the relevant third party for more information..
Goldfish receives rare surgery to save eyesight 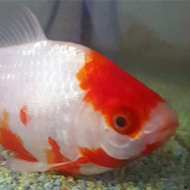 The surgery took place at McDonald Vets in Glasgow.

The sight of a beloved 12 year old goldfish named Dotty has been saved after a team of veterinary professionals from Glasgow operated to remove a tumour from her eye, as reported by Scottish news outlet STV.

Dotty's owner, a veterinary nurse named Caroline McHugh, became concerned for her pet after noticing a large red growth covering Dotty's eye and took the goldfish to McDonald Vets in Glasgow, where she works.

The veterinary team operated on Dotty, in the first operation of its kind to be carried out at the practice. After adding anaesthetic powder to Dotty's tank, the team began to work on her.

As reported by STV, veterinary surgeon Lee Shrigley commented: “The biggest challenge was getting Dotty to sleep, but once she was the surgery went very smoothly.

“We added an anaesthetic powder to Dotty’s tank to make her sleepy, before laying her on a table and periodically soaking her gills to keep her hydrated.

“The tumour itself was fairly big, so we used the smallest kit that we have to cut around the eye and tie off the blood vessels.

“The tumour was pulling on Dotty’s optic nerve and would have been uncomfortable for her.

“We had to be careful not to pull on it any more as it could have caused her to go blind in her other eye.

“We put her back in her own tank water after the operation and she woke up within five minutes.

“Three days after the operation, she was back to eating and causing trouble in her aquarium.”