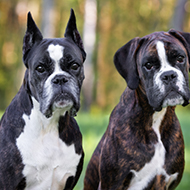 Reports of ear cropping to the RSPCA doubled in the past year.

Petition calls on UK government to close loopholes that enable this cruel and illegal practice.

Veterinary organisations and animal charities are backing a petition calling on the government to bring an end to ear cropping.

Members of the Veterinary Animal Welfare Coalition - including BVA , BSAVA, BVNA, BVZS, RSPCA, Scottish SPCA, PDSA and Blue Cross - have teamed up with the FOAL Group (Focus on Animal Law) to pressure the government into taking action on this cruel and illegal practice.

The petition comes after RSPCA figures showed that reports of ear cropping to the charity doubled in the past year, with a 621 per cent rise since 2015. While the practice is unlawful in the UK, campaigners say current legal loopholes allow the trend of imported ear-cropped dogs to continue and provide a smokescreen for illegal cropping.

BVA president James Russell said: “In recent years, vets and animal welfare charities in the UK have seen a dramatic increase in the number of dogs with cropped ears, marking a frightening trend towards the normalisation of a mutilation that is horrific, unnecessary, and rightfully illegal in this country.

“However, despite being illegal, unscrupulous breeders are using loopholes to import dogs with cropped ears from countries outside the UK where the procedure is still legal, or sending dogs bred in the UK overseas for the procedure."

He continued: “Even more worryingly, it has come to light that some people are carrying out this painful procedure illegally in the UK, using crude instruments or do-it-yourself ear cropping kits bought online, likely without any anaesthesia or pain relief.

“We’re asking government to close all legal loopholes and end the trend in ear-cropped dogs for good, and so I’d urge all members of the public to sign this petition.”

FOAL co-director Jordan Shelley said: “It was eight months ago that we started to campaign on the issue of ear cropping. The number of celebrities that were getting cropped dogs and companies using them in advertising was a real driver for us to launch the first petition, as we felt a real urgency in the need to stop the creeping normalisation of this abhorrent, illegal mutilation.

“In the UK the ability to import dogs with cropped ears is acting as a smokescreen for those that are cropping illegally within the UK, by muddying the waters for enforcement."

He added: “Cropped dogs are often being sold for tens of thousands of pounds which unfortunately makes the international trade in mutilated dogs a huge income stream for some. It is time as a great animal-loving nation that we say no to this trade and the increase in the “fashion” of cropped dog ownership, which is why we are asking government to look at how we can stop this worrying trend.”

At the time of writing, more than 9,000 people had signed the petition. At 100,000 signatures, ministers will debate the petition in parliament. To lend your voice to the campaign, visit petition.parliament.uk