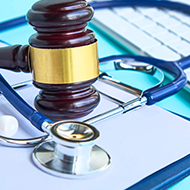 The consultation on legislative and discipilinary reforms has been extended in light of the national lockdowns.

Consultation seeks feedback on changes to how the professions are governed.

The RCVS has extended its landmark consultation on legislative and disciplinary reforms until April 2021 to give members of the profession and the public more time to respond.

In a press release, the RCVS said the decision had been made in light of the difficult circumstances of the pandemic and the current national lockdown restrictions. The 12-week consultation had been due to close on the 27 January.

Launched in November 2020, the Legislative Reform Consultation seeks feedback on changes to how the professions are governed and regulated. The changes, set out in the Legislation Working Party report (LWP), were developed over three years in response to concerns that current legislation is no longer fit-for-purpose. The changes fall under the following headings:

Ben Myring, RCVS policy & public affairs manager, commented: “Thank you to the hundreds of people who have engaged with the consultation thus far. It is a big and detailed report and so we appreciate those who have taken the time to look through it, read the recommendations, and give their views on what has been proposed so far.

“With the extended period of time now available, I would urge members of the profession and the public who are interested in the governance of the veterinary professions to read the report to gain an understanding of the recommendations and their rationale.”

The consultation is also seeking views from veterinary professionals and the public on three specific proposals to reform the disciplinary system. These include:

Mr Myring added: “If you have already made a start on your response, but not had time to finish and submit it, you should be able to pick up where you left off, without having to begin again, providing you use the same device.

“If anything strikes you as particularly noteworthy, or if you feel strongly about a particular recommendation, please bear in mind that you don’t have to give a response on every aspect of the Report but can choose to comment on those areas that most interest you.”

The consultation, which can be found at rcvs.org.uk/legislativereform, will remain open until Friday, 23 April 2021.