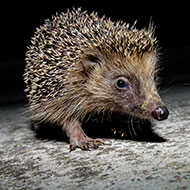 Hedgehog numbers in the UK have fallen by 95 per cent since the 1950s.

Appeals for hedgehog-safe tunnels to be made legal requirement

A petition calling for all new housing developments to include hedgehog highways in their layouts has been gaining considerable attention and is now nearing 1 million signatures.

Launched by ecologist and author Hugh Warwick in 2018, the petition asks that the government ensure that all future housing developments in the UK build 13cm holes in the bottoms of fences – known as hedgehog highways.

These tunnels allow hedgehogs to move freely between gardens, enabling them to locate food and potential mates more easily.

According to the change.org page where the petition is hosted, hedgehog numbers in the UK are estimated to have dropped by 95 per cent since the 1950s. Action is needed as soon as possible to provide a better environment for the animals to thrive, and the commitment to building ‘hedgehog highways’ would be cheap and easy for developers to carry out.

The petition has contributed to several new initiatives in hedgehog preservation since its launch. In January 2020 national housebuilder Bovis Homes became the first developer to commit to introducing hedgehog highways in all of its current developments and future sites ‘wherever possible’. Since then multiple other developers have agreed to protect hedgehog habitats moving forward.

The petition has gained a great deal of traction recently, achieving more than 100,000 new signatures in the last two days alone. Currently more than 935,000 people have signed in total and supporters are taking action in their local area, contacting developers and asking them to make changes to help hedgehogs.