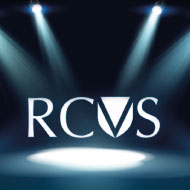 Mr Stephenson's comments come in response to the College's agreement to consult on proposed changes to the disciplnary system.

A letter to the editor received from incoming RCVS Council member Dr Richard Stephenson over the College's recent agreement to consult on proposed changes to the College's disciplinary system, including the Standard of Proof. The RCVS response to Mr Stephenson's letter is published, in full, below.

'In its June electronic meeting, RCVS Council adopted two papers that propose some of the most radical changes ever in its own powers. Changes which, if accepted, would profoundly affect every practising member. The first was the Veterinary Legislation Working Party report and the second paper nodded through was the proposal to weaken the protection of practising vets against false allegations by lowering the 'Standard of Proof’ from ’so as to be sure’ to ‘more likely than not.’ As yet these papers are for ‘consultation’, but with only five members standing up to be counted against them, the outcome of that process can't be taken for granted.'

Standard of Proof and Charter cases

'It is disappointing that Council chose to proceed with discussing the 'Standard of Proof’ paper in what was effectively a closed meeting (due to COVID-19 restrictions), even although the President had previously committed to and promised that the matter would be debated in public - after Council had suitable time for ‘blue sky thinking in a safe place’. It gives little confidence that consultation might lead to ‘listening’ when promises are considered so unimportant that they can be so readily broken.

'As the meeting was electronic it was no doubt recorded - could a link be placed on the RCVS website in an effort to display some openness and transparency? Somewhat extraordinarily, the accompanying paper effectively argues that lowering the standard of proof would make no real difference, whilst elsewhere claiming that the current RCVS standard is an ‘outlier’ amongst similar regulators. Which is it? If the change would change nothing, why is so much of the College’s already sapped goodwill with the profession being expended to drive forward this unpopular proposal with such disregard for the feelings of practising vets amidst the current shell shock of dealing with the fallout from Coronavirus?

'One point is completely missed - the RCVS has a different jurisdiction to other regulators - one of misconduct (often equating to dishonesty) rather than ‘fitness to practise’ (usually equating to competence) this is why a higher standard of proof is needed. It is strange that this does not feature in the Council’s discussion document as it did not escape the attention of the legislation working party. There are some positive proposals - a streamlined investigation process to reduce the torment many members face when responding to RCVS complaints and a new ‘Charter case’ system (which seems convoluted and unnecessarily complex to me). So whilst deprecating the lack of transparency I would support two of these three proposals as subjects for consultation.'

'The Legislation Working Party report describes itself as a ‘historic’ document, and it is. Again, I raise my eyebrows at the concept that such an extensive and profound paper should be debated effectively behind closed doors. In the past, major reports such as this have been awarded a whole Council meeting so that real scrutiny can be applied. All of the WPs proposals (except Standard of Proof) would require primary legislation in the form of a new Veterinary Surgeons Act. We have been waiting for that since 1966 so I fail to comprehend why this matter could not have waited until Council can meet again in person.

'You do not have to be a good crystal ball reader to work out that, with the COVID-19 crisis, Brexit and a radical domestic agenda the current government is unlikely to have any spare time to consider a fresh Veterinary Surgeons Act - so I suspect this discussion is somewhat academic in nature.

'Statutory power to regulate practices (rather than practitioners), including a ‘power of entry’. It is by no means clear how the working party envisages that the power to regulate a practise could be exercised when in many cases practices may not be owned by an MRCVS.

'A Fitness to Practice regime. This is a welcome proposal along with smaller disciplinary panels of 3 (with flexibility to have lager numbers in complex cases). I would also welcome a route of Appeal to the High Court rather than the current expensive system of Appeals to the Justices of the Supreme Court (sitting as a Privy Council Committee), although I fear that the reasoning given which is effectively that the Supreme Court Justices are inconsistent in decision making might not win the RCVS many gold stars from the higher echelons of the Judiciary.

Powers to delegate veterinary tasks, increasing the role of RVNs in the induction and maintenance of anaesthesia and allowing them to castrate cats.

A revalidation regime. This is somewhat more controversial but to be fair the report only wishes to make provision for the possibility rather than immediate implementation.

A limited licensure for those with disabilities. I’m sure all would welcome an initiative to help disabled people join the profession, but I do wonder whether limiting the ability to practice might begin to border upon being discriminatory - this could be a minefield.

'Perhaps the most controversial proposal is that the RCVS should have powers to impose ‘interim orders’ restricting the ability of a veterinary surgeon to practice pending determination of his case by the DC and immediate implementation of suspension following a hearing even if the outcome is being appealed. The report does not venture an opinion as to who should pay the costs of such orders. For example, if a vet is suspended and subsequently wins his case or appeal will the RCVS pay compensation and if so how would this be calculated. It would be outrageous if a veterinary surgeon were to find him/herself unable to earn a living or possibly even having to close a practice due to lack of  financial support when totally innocent of any misdemeanour or being completely competent.

'One disappointing feature of the WP Report is its one sided nature. It is mostly about how to regulate veterinary surgeons and practices - no where is any mention of how the RCVS should behave or regulate itself. How refreshing it would have been for a proposal that the RCVS should be set statutory performance targets to have been included.  Compulsory compliance with the ’Nolan Principles’ should also have been part of new legislation with a requirement for Council to publish all papers unless containing personal information.

'Finally, is it time to consider that professional people need some protection too? The current complaints process is entirely one sided, a veterinary surgeon has no redress against vexatious complaints and is expected to spend hours responding to the RCVS. Is it time to expect something back from the public in exchange for all this regulation? Perhaps power to require a bond to be paid to deter frivolous and vexatious complainants?'

'While Dr Stephenson is fully entitled to his views on the proposals for disciplinary reform and the recommendations of the Legislation Working Party, and we hope he will express these constructively as part of the consultation process, we would like to respond to some of the misleading and inaccurate elements of his letter.

'Throughout the letter Dr Stephenson suggests that the nature of this meeting of RCVS Council was less than open and transparent and that it was held ‘behind closed doors’ due to coronavirus. Putting aside the fact that, under current conditions, it would not be safe to either our Council members or staff to be holding a full, face-to-face meeting of Council in an enclosed space in the midst of a pandemic, several members of the press were in attendance at the virtual meeting (from Vet Record, vetsurgeon.org and MRCVS.co.uk), members of the profession who do not sit on RCVS Council, including representatives from the British Veterinary Association and British Veterinary Union, as well as three EMS students.  As Dr Stephenson knows from his previous time on Council, all these meetings are open and members of the profession, including himself, only need ask if they wish to attend, although active participation in the debates is limited to the elected and appointed members of Council.

'We can assure Dr Stephenson that the virtual nature of the June meeting did not in any way preclude a full debate on the issues and, bar some inevitable technical hitches, the functions of Council can continue unabated thanks to modern technology. To delay decisions of Council until it is safe and practical for it to meet physically again (bearing in mind we do not know when this will be) is not good governance, especially when we have a workable alternative.

'We are also surprised that, in the context of the proposals on standard of proof and other disciplinary reforms, that Dr Stephenson expresses his disappointment at Council’s decision by saying as ‘the President had previously committed to and promised that the matter would be debated in public’. By agreeing to hold a consultation on the proposals that involves all members of the profession this is precisely what RCVS Council members have done. In addition, we will be meeting with stakeholders before the consultation.  Dr Stephenson expresses some misgivings and suggestions for how the proposals, both on the disciplinary matters and on the Legislation Working Party recommendations, could be improved. As both a member of Council from July and, indeed, a member of the profession, he will have every opportunity to make his points during the consultation responses.

'As a full consultation, the opportunity to comment on and critique the disciplinary proposals and the recommendations of the Legislation Working Party will be extended to all members of the professions and the public.'