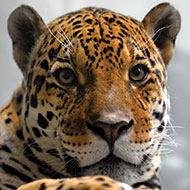 Jaguars and Asian elephants were added to CMS Appendix 1, which provides the strictest protections.

Representatives from more than 130 nations agreed upon new conservation action for migratory species at a UN wildlife conference that concluded on Saturday 22 February.

The Thirteenth Conference of the Parties to the Convention on Migratory Species (CMS COP13) – held in Gandhinagar, India – was the largest in the convention’s history. Its goal is to bring together nations through which migratory animal pass and implement new coordinated measures to help reverse species decline.

CMS COP13 marks the first in a series of international meetings on environmental action in 2020, which will conclude in the UN Biodiversity Conference at the end of the year. During this conference, the Post-2020 Global Biodiversity Framework will be agreed upon, outlining a new global biodiversity strategy for the next decade.

Commenting on the conference, CMS executive secretary Amy Fraenkel said: “With COP13, the important role of CMS in protecting nature around the world has been strongly embraced. CMS is uniquely positioned to address the conservation of migratory species and their habitats, and to contribute to reversing the trends of species and biodiversity loss worldwide.”

Ten new species were added to the CMS Appendices at COP13, including the Asian elephant, jaguar, Antipodean albatross, oceanic white-tip shark and the great Indian bustard.

Inclusion of these species in the agreement will provide increased incentives and funding opportunities for countries to preserve crucial habitats and mitigate threats.

A number of new policy measures to address threats to migratory species were adopted at CMS COP13, including:

According to the report, CMS COP13 also adopted the Gandhinagar Declaration, which calls for migratory species and the concept of ‘ecological connectivity’ to be included and prioritised in the Post-2020 Global Biodiversity Framework.