Cookie use on MRCVSonline
We use cookies to ensure that we give you the best experience on our website. If you continue without changing your settings, we will assume that you are happy to receive all cookies.
Accept Policy
Change cookie settings
Bristol’s animal welfare group ranked ‘best in the world’ 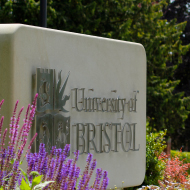 Group at the ‘cutting age’ of animal behaviour and emotion

The Animal Welfare and Behaviour Group at Bristol University has been ranked ‘best in the world’ after a study found that its research is the most highly cited and widely published in the discipline of animal welfare.

The Animal Welfare and Behaviour Group has a long-standing history of producing research that not only furthers the understanding of animals but also improvements to their welfare. This includes work with the British Horseracing Authority to develop a welfare assessment protocol for racehorses in training.

Now, a study published by Friere and Nicol 2019 shows that the Group is leading the way in animal welfare research and has ranked the organisation ‘the most successful of its kind in the last 50 years’.

“The Animal Welfare and Behaviour Group currently has around 50 researchers working at the cutting edge of areas from animal emotion to practical welfare assessment across a range of species in companion, farm, laboratory and wild settings,” explains research group lead, Professor Michael Mendl.

“As societal concern for animal welfare grows, our work is increasingly valuable in helping individuals and policymakers deliver improved animal welfare in line with their values.

The Animal Welfare and Behaviour Group’s research spans the fundamental studies of behaviour, cognition, emotion and development and validation of animal welfare assessment methodologies. This is achieved through identifying and quantifying welfare problems and their causes in farm, laboratory, companion and working animals.

In addition to the Group’s work with the British Horseracing Authority, it is also developing a pioneering ‘cognitive bias’ approach to understanding how the level of optimism or pessimism shown by animals reflects their underlying welfare state.