Cookie use on MRCVSonline
We use cookies to ensure that we give you the best experience on our website. If you continue without changing your settings, we will assume that you are happy to receive all cookies.
Accept Policy
Change cookie settings
New genetic test could help to uncover causes of rare diseases 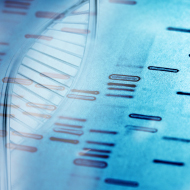 It has been difficult to identify the causes of rare conditions, as so few people are affected.

Researchers from the University of Edinburgh have developed a method of identifying genetic mutations that are linked to a rare form of muscular dystrophy. The study was published in the journal EBioMedicine, and was funded by a number of organisations, including Muscular Dystrophy UK and the medical research council.

This new approach could allow for cheaper and faster diagnosis of the condition called Emery-Dreifuss muscular dystrophy (EDMD), which affects around one in 100,000 people worldwide, and can take many years to diagnose clearly. Researchers state that this method could also be modified to screen for gene mutations involved in other rare diseases.

According to previous research, mutations in six different genes cause EDMD, however, these mutations are found in less than half of people diagnosed with the disease. This implies that other genes could also trigger it.

Researchers say this new multi-stage sequencing approach has been designed to identify other genetic mutations that might cause EDMD.

The study initially revealed that more than 300 genes that could be involved in the disease, including ones that perform a similar function to the genes already known to cause EDMD. Some that were identified are also linked to other forms of muscular dystrophy.

When these genes were analysed alongside the genetic code of 56 people diagnosed with EDMD,  more than 20 new mutations that appear to cause the condition were uncovered. Researchers say that these are likely most of the remaining genes linked to EDMD.

Director of research and innovation at Muscular Dystrophy UK Dr Kate Adcock said: “We know that many people with neuromuscular conditions are living without a genetic diagnosis. This research could pave the way to help people to get a diagnosis earlier. This will help people to manage their condition thereby helping to provide a better quality of life.”