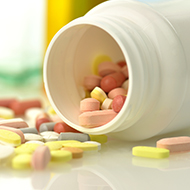 Overall sales of highest priority critically-important antibiotics (HP-CIAs) dropped an additional 19 per cent between 2017 and 2018.

Sales of antibiotics for use in food-producing animals have fallen by more than half in just four years, according to the latest Veterinary Antibiotic Resistance Sales and Surveillance Report (VARSS).

Published by the Veterinary Medicines Directorate (VMD), the report reveals that sales of antibiotics for food-producing animals fell by nine per cent between 2017 and 2018, and by 53 per cent since 2014.

It also shows that overall sales of highest priority critically-important antibiotics (HP-CIAs) dropped an additional 19 per cent between 2017 and 2018, and 68 per cent since 2014.

Furthermore, clinical surveillance of antibiotic resistance revealed that most of the key pathogens that cause disease in animals remained susceptible to authorised veterinary antibiotics, including those that have been authorised for many years.

Welcoming the figures, BVA junior vice president James Russell said: “We are pleased to see further reductions in antibiotic sales in the latest VARSS report, which is a testament to the hugely successful collaborative work being carried out by vets, farmers and the industry to steward responsible antibiotic use and champion greater disease prevention measures across each of the eight livestock sectors.

“It is particularly commendable to note that sales of antibiotics in food-producing animals have fallen by an impressive 53 per cent between 2014 and 2018. Antimicrobial resistance remains a huge concern for vets, which is why we must maintain this momentum in the face of the ongoing global threat it poses to the health of animals, humans and the environment.”

He continued: “While it is vital that we continue to build upon these achievements through evidence-based, sector-specific targets to further refine, reduce or replace antibiotic use, a large part of the future changes will involve promoting high animal health and welfare through disease prevention strategies, such as increasing uptake in vaccines. Ongoing improvements in veterinary-led health planning on farms will also help to further lower antibiotic use by reducing the incidence of endemic diseases.

“BVA is committed to providing continued leadership on the issue and will continue working with our specialist divisions, RUMA, the UK One Health Coordination Group, and other key stakeholders to build upon current achievements.”

The UK’s chief veterinary officer Christine Middlemiss said: “A 53 per cent reduction in sales of antibiotics for food-producing animals in just four years is a testament to the improvements industry and the veterinary profession have made in antibiotic stewardship, training and disease control. This is a great example of how real change can be achieved when Government and industry work together including through initiatives such as the Targets Task Force chaired by RUMA (Responsible Use Of Medicines in Agriculture Alliance.

“The focus on infection prevention and control is key to reducing the need to treat with antibiotics and maintaining the UK’s world-leading standards in protecting animal health and biosecurity.”