Cookie use on MRCVSonline
We use cookies to ensure that we give you the best experience on our website. If you continue without changing your settings, we will assume that you are happy to receive all cookies.
Accept Policy
Change cookie settings
Consumers should have choice to buy chlorinated chicken, says Defra scientist 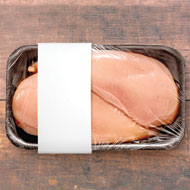 Sir Ian said that, in terms of health, “there really isn’t a problem with chlorinated chicken”.

Sir Ian Boyd believes there are no related health problems

Defra chief scientist Sir Ian Boyd says that consumers should be able to choose whether they are allowed to buy chlorinated chicken.

In an interview with Sky News, Sir Ian said that, in terms of health, “there really isn’t a problem with chlorinated chicken”. He believes the problem concerns animal welfare and production processes, “and that is a values-based choice that people need to make.”

“My view is that we need to be allowed to make that choice,” he said. “But it is the job of the people like me to make sure that we explain as clearly as possible what the consequences of different choices are for people.”

“The chances are that most if it will have been metabolised when it comes into the meat you would eat,” he said. “The chances of it having any biological effect on us is almost infinitesimally small.”

Chlorine-washed chicken - washing chicken in chlorinated water to remove harmful bacteria - is banned in the EU. The ban has prevented virtually all US imports of chicken meat treated in this way.

In recent months, however, there has been much discussion about chlorinated chicken and its place in any post-Brexit trade deal with the US. UK farming leaders fear this could lead to the lowering of food production standards.

Speaking to BBC News, National Farmers Union (NFU) president Minette Batters said US farmers could “outcompete” British farmers should any trade deal be reached, and called on the government to provide reassurance to farmers:

The NFU has called on the Government to enshrine EU regulations on food production in law after Brexit. However, this has not yet been agreed.