MRCVSonline cannot control these cookies from outside sources and we advise you to check with the relevant third party for more information..
So where is the problem? 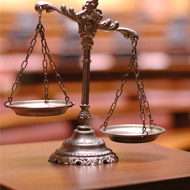 "Does so-called ‘over-feminisation’ really matter? Isn’t it just a re-balancing of the gender profile to reflect the requirements of the real world?"

Does so-called 'over-feminisation' of the veterinary profession really matter?

The debate about the increasing number of female vets in the profession has appeared in the spotlight again following the publication of the Survey of the Veterinary Profession, carried out during April and May this year on behalf of the RCVS by the Institute for Employment Studies (IES).

But does so-called ‘over-feminisation’ really matter? Isn’t it just a re-balancing of the gender profile to reflect the requirements of the real world? Surely the key issue is how this growing number of women can be encouraged to play a bigger part in the governance of the veterinary profession?

It was interesting that, despite a disappointing overall response rate, more women (53.8%) took the trouble to complete the RCVS survey than did men. This could be dismissed as unremarkable given that the percentage of women working in the profession is now 57.6 per cent; on the other hand, as the majority of these women are aged 45 or less, it may be a straw in the wind as to their developing interest in influencing the direction of a profession in which the upper echelons are still a male-dominated preserve.

We should be careful not to fall into the trap of perceiving the veterinary profession as being unique in this respect either. In a BMJ Careers article (Medicine – a woman’s world? Jan 2012) considering whether the rising number of women in UK medicine is leading to ‘over-feminisation’, we read: ‘Not only are women doctors to outnumber their male counterparts in the UK by 2017, in general practice this will happen in the next four years.

The author continues: ‘Entry data from medical schools show that over the past four decades the number of men entering medicine has doubled, whereas the number of women has increased 10-fold. This increase means that women are in the majority across UK medical schools, with acceptance rates of 56 per cent women in 2010.’

Interestingly, the same article quotes an Equality and Human Rights Commission report saying it will take women 55 years to reach equal status with men in the senior judiciary and 73 years for women directors in FTSE 100 companies!

There can be little doubt that the increased numbers of women entering the veterinary profession is a consequence in part of the current selection process. Although in some vet schools this selection is made simply on the 'distribution of applicants', it has to be remembered that this 'distribution' is still driven largely by student academic ability at school.

The BMJ Careers article suggests that the similar situation in medicine results from a serious problem with underachievement of boys at secondary school and that medicine is becoming a less attractive career option for men for a number of reasons – finding careers in the City, finance, IT are a more attractive prospect.

And, apart from under-representation at a governance level, where is the evidence that ‘feminisation’ is a bad thing anyway? After all, data show that 68 per cent of veterinary practice clients are female; and survey after survey cites female vets as being better listeners, better at consults and generally perceived as being more caring and compassionate than their male colleagues.

So where is the problem?