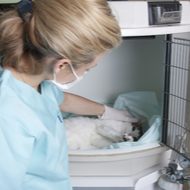 A total of 75 per cent of respondents reported increased stress or impact on the mental health of teams continuing to work while their colleagues were on furlough.

The results of the fifth RCVS COVID-19 economic impact survey on veterinary practices have been published, revealing a marked rise in respondents reporting adverse impacts from furloughing.

More than 180 veterinary practices responded to the nationwide survey, conducted towards the end of the England-wide lockdown in November.

While the findings reveal that just six per cent of practices had veterinary surgeons on furlough, 75 per cent reported increased stress or impact on the mental health of teams continuing to work while their colleagues were on furlough.

This figure is notably higher than in September (56 per cent) and almost as high as in June (79 per cent), the RCVS said.

The findings also reveal that a total of eight of the ten adverse impacts have increased since September. Just 14 per cent of respondents reported no or minimal issues regarding their mental health -  significantly lower than in September (26 per cent) and only slightly higher than in June (12 per cent).

Other findings from the survey include a fall in the number of veterinary practices reporting their situation as being 'business as usual' to 17 per cent. This is compared to 28 per cent in the most recent previous survey conducted in September.

There was also an increase in the percentage of practices with at least some staff working remotely (37 per cent) - an rise on September's figure of 26 per cent because of current restrictions. A small increase in respondents reporting the use of remote consulting, from 50 per cent to 58 per cent, was also noted.

Furthermore, some practices reported that they were still experiencing difficulties in obtaining certain supplies, with those reporting no issue increasing to 34 per cent from 13 per cent in September.

Of the 20 per cent of respondents who said they were experiencing difficulty in obtaining an independent witness to attest to controlled drugs destruction during the pandemic, more than half (56 per cent) had controlled drugs overdue for destruction for six months or more.

Commenting on the findings, RCVS CEO Lizzie Lockett, said: “Thank you once again to all the practice staff who took the time to complete this survey, it is very useful for us to have a clear picture of how coronavirus and its restrictions are affecting day-to-day activities, as it has an impact both on our decision-making and policies, and what we can tell others about the impact on the professions, such as the UK and national governments.

“The overall picture from this survey is that, while for most it is not business as usual, veterinary practices and members of the professions are, to an extent, getting used to the disruption and have plans and policies in place to help mitigate the impact of the mosaic of different restrictions across the UK. While there is hope on the horizon with the start of the roll-out of coronavirus vaccines, we will continue to review and keep up-to-date our advice and guidance to ensure that you can practise to the best of your abilities, while keeping safe and within the rules.”

She continued: “Of course, we also recognise the toll that the pandemic has taken on many people’s mental health and wellbeing, and this is reflected in some of the more concerning statistics around the impact that staff absences can have on the rest of the team. We also asked practices what might help them manage from a staff mental health and wellbeing point of view, and will take these suggestions into account when planning further support via our Mind Matters Initiative mental health project.

“In the meantime, we would like to remind those who are feeling stressed or are in distress that there are sources of help available during these difficult times – these can be found at vetmindmatters.org.”