Cookie use on MRCVSonline
We use cookies to ensure that we give you the best experience on our website. If you continue without changing your settings, we will assume that you are happy to receive all cookies.
Accept Policy
Change cookie settings
Ceva found in breach of NOAH medicines promotion code 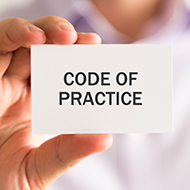 The claims were emailed to a number of UK pig practices.

The case involved two marketing claims made for Tulaven® 25.

The National Office of Animal Health (NOAH) has ruled that CEVA breached the NOAH Code of Practice for the Promotion of Animal Medicines.

NOAH's Code of Practice Committee, chaired by Guy Tritton, met on Monday (23 October) to discuss the case, brought about by Zoetis UK Ltd. The case involved two claims made in marketing materials for Tulaven® 25, emailed to a number of UK pig practices.

The claims were as follows:

A NOAH press release reads: 'For both items, the Committee were unanimous in finding Ceva to be in breach of Clause 5.1 of the Code which requires companies to provide information referred to in the promotion within five working days, where it is requested.

'For both items, Ceva were not found to be in breach of clauses 4.3 (vii) and 4.4 (iii), a failure to substantiate the claims in their promotion.'

NOAH continued: 'For the second item of complaint, Ceva were also not found to be in breach of clause 3.1, an alleged breach of the requirement for promotions to not discredit or reduce confidence in the animal health industry.

'As a result, the Chair, Guy Tritton required Ceva Animal Health Ltd to provide a formal Undertaking to abide by the timescale defined in Clause 5.1 of the Code of Practice.'

Full details about the case are available at noah.co.uk