MRCVSonline cannot control these cookies from outside sources and we advise you to check with the relevant third party for more information..
BVA appoints Steve Anderson Dixon as new board chair 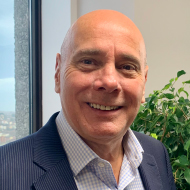 Steve Anderson Dixon joined the BVA as a board director in 2017.

Steve joined the BVA as a board director in 2017 and was elected as a non-veterinary director as BVA’s AGM later that year. He replaces Philip Lowndes who has served as BVA board chairman since April 2017.

With almost 40 years’ experience in publishing, Steve is currently CEO of JBP Associates Ltd, a national communications agency, and has held various non-executive roles at Teletext, Extra Care Charitable Trust, and Roosevelt Scholarship.  He has prior experience as chairman of Nottingham Regeneration.

“We are delighted to announce Steve Anderson Dixon as our new Board Chair,” said BVA president Daniella Dos Santos.

“Steve has high-level strategic experience across a range of sectors that will be a great asset to BVA as we embark on a new year and focus on developing the quality services and support we offer to our members.

“His long and successful career in newspaper and magazine publishing will be particularly useful as BVA continues to develop our most valued member benefit: our portfolio of veterinary journals.”

The BVA Board is responsible for managing the business of the Association and is responsible for corporate and financial governance and for setting BVA’s strategic direction. It consists of nine members: the three BVA Officers (president, senior vice president and junior vice president), four directors elected by BVA Council and up to two non-veterinary directors appointed by the AGM.

“I'm delighted to have been appointed to chair of BVA and look forward to working closely with the Board, executive team and officers in supporting and championing the UK veterinary profession,” commented Steve Anderson Dixon.

“Vets are exceptional professionals and one of the most trusted professions in the UK and they, along with their teams, are carrying out vital work every day to safeguard animal health and welfare and protect public health.

“It’s a privilege to be associated with such a body of professionals. As the largest membership organisation for vets, BVA has an outstanding board and a talented executive team, and I’m looking forward to supporting them as we continue to be the leading voice of the profession.”