Cookie use on MRCVSonline
We use cookies to ensure that we give you the best experience on our website. If you continue without changing your settings, we will assume that you are happy to receive all cookies.
Accept Policy
Change cookie settings
University of Sydney confirms 480 million animals killed in NSW bushfires 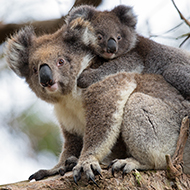 Australia supports more than 300 native species and is the only great land mass to contain three major groups of living mammals: marsupials, monotremes and placentals.

A new study from the University of Sydney states that 480 million animals have been affected by the bushfires in New South Wales (NSW) since September. It outlines Australia’s diverse mammal population, and explains how the authors have calculated this figure.

The findings were based on a report, published for the WWF in 2007, that author Professor Chris Dickman contributed to. The report used published studies to obtain estimates of mammal population density in NSW. These estimates were then multiplied by the amount of land that was approved to be cleared by the state government between 1998 and 2005, to then calculate the impact of land clearing on NSW’s wildlife.

Using this formula, Prof Dickman of the School of Life and Environmental Sciences was then able to estimate that 480 million animals have been affected by the bushfires since September 2019, although the authors stated that they intentionally used vastly conservative estimates while making their calculations, and the actual loss of animal life is expected to be much higher.

Many of these animals were most likely killed directly by the fires, while others would have perished as a result of the depletion of food and shelter. This figure only relates to NSW, and does not include insects, bats or frogs.

Australia supports over 300 native species, and is the only great land mass to contain three major groups of living mammals: marsupials, monotremes (platypus and echidna) and placentals. According to the study, 81 per cent of these unique mammals are found only in Australia.

Around 34 species and subspecies of native mammals have become extinct in the continent over the last 200 years, this, according to Prof Dickman, is the highest rate of loss for any region in the world.