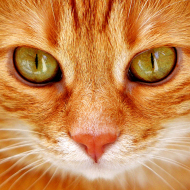 Results could lead to better understanding of cat’s needs

A new study from the University of Guelph has revealed that certain types of people are adept at reading cat’s facial expressions.

More than 6,300 participants across 85 countries were asked to watch 20 videos featuring closeups of cat’s faces displaying a range of emotions and reactions to different stimuli.

Sounds and surroundings were edited out, and none of the videos featured expressions of fear, such as flattened ears or hissing, as these are already commonly understood.

Participants were asked to state whether the emotion being portrayed was positive or negative.

Results of the study further supported the notion that cats are difficult to read. With the average score being 12 out of 20. However, 13 per cent of participants – dubbed ‘the cat whisperers’ by researchers – scored 15 or higher.

Women were more likely to be a part of this group. As were younger adults and those with veterinary experience. Surprisingly, people who reported a strong attachment to cats did not necessarily score higher than those who didn’t.

“The fact that women generally scored better than men is consistent with previous research that has shown that women appear to be better at decoding non-verbal displays of emotion, both in humans and dogs.” Said Prof Georgia Mason, who led the study with Prof Lee Niel.

According to the researchers, the fact that people with veterinary experience scored higher did not necessarily indicate a natural skill but rather a learned ability, resulting from the need to discern a cat’s well-being in practice.

“The ability to read animals’ facial expressions is critical to welfare assessment.” Commented Prof Niel. “Our finding that some people are outstanding at reading these subtle clues suggests it’s a skill more people can be trained to do.”