Cookie use on MRCVSonline
We use cookies to ensure that we give you the best experience on our website. If you continue without changing your settings, we will assume that you are happy to receive all cookies.
Accept Policy
Change cookie settings
Majority of European veterinary surgeons in the future will be female, survey finds 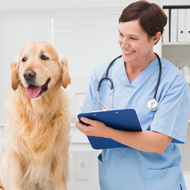 In 2018, female were being paid on average 12 per cent less than their male colleagues.

A recent survey carried out by the Federation of Veterinarians in Europe (FVE) has found that the majority of European veterinary surgeons in the future will be female.

The survey found that 58 per cent of veterinary surgeons in Europe are women and 42 per cent are men, representing a five per cent increase since 2015.

More than 14,500 veterinary surgeons responded to the second FVE Survey of the Veterinary Profession, conducted by the FVE between November 2018 and March 2019. Veterinary surgeons from 30 European countries were asked to complete an online survey to help understand the current situation of the profession and evaluate what actions should be taken to shape it.

Among its key findings, the survey notes there are now an estimated 309,144 veterinary surgeons in Europe, caring for 290 million companion animals and 371 million cattle sheep pigs and goats. Regarding its demographic composition, the veterinary profession in Europe continues to be a young industry, with 45 per cent of vets being less than 40 years old (in 2015 the proportion was 44 per cent).

Despite women accounting for more than half of all veterinary surgeons in Europe, there remains a gender pay gap. The survey notes that in 2018, female were being paid on average 12 per cent less than their male colleagues (28 per cent in 2015).

It also found that the vast majority of veterinary surgeons work full time (81 per cent), with the most common employment sector being clinical practice (58 per cent). The second most common sector is public service (14 per cent), followed by education and research (11 per cent) and industry (four per cent).

A full analysis by the FVE TaskForce can be found at www.fve.org