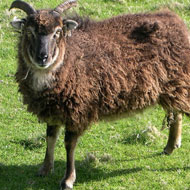 The study found that females with offspring had bigger gut worm infections than females which didn’t reproduce.

A new study published by scientists at the Moredun Research Institute and the Universities of Stirling, Lancaster and Edinburgh has revealed how reproduction can affect a ewe’s survival.

In the study, researchers examined a wild population of Soay sheep living off the west coast of Scotland. They found that females with offspring had bigger gut worm infections than females which didn’t reproduce.

Furthermore, the ewes that successfully suckled their lamb through to weaning had higher parasite counts than those whose lamb died soon after birth. The study is published in the journal Ecology Letters.

Study leader Jessica Leivesley commented: “The resources which a female must channel into producing her lamb means that less energy remains to fight infections. Our results also suggest that lactation is particularly costly, because females that weaned their lamb had even more parasites than those whose lambs died and therefore didn’t need to lactate.”

The study also found that ewes with bigger worm infections in spring had lower body weight in summer and were less likely to survive over the following winter to breed again in the future.

Senior author Dr Adam Haywood said: “We’ve known for a long time that reproduction can affect survival. What our new study does is to provide an explanation for why this might be the case: we’ve discovered a complex but clear pathway linking reproduction to increased infections and reduced survival.

“While all organisms strive to reproduce, it has its costs, and as the father of an eight-month-old this research has recently taken on a new relevance to me!”