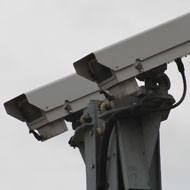 All slaughterhouses in England will be required to comply with the new law by 5 November.

Legislation that requires CCTV in all English abattoirs came into force on Friday (4 May) in a move that is set to cement the UK’s position as a global leader in animal welfare standards.

The initiative comes after a government consultation on plans to install CCTV cameras in slaughterhouses in all areas where animals are present. Other recent reforms to improve animal welfare include proposals to increase the maximum prison sentence for animal cruelty to five years and ending the third-party sales of puppies.

Under the new arrangement, Official Veterinarians will be given unlimited access to the CCTV footage. In turn, this will enable them to reassure customers that high animal welfare standards are being met.

All slaughterhouses in England will be required to comply with the new law by 5 November, 2018. An adjustment period of six months has been allowed by the government to enable businesses to install a suitable CCTV system.

Commenting on the move, animal welfare minister Lord Gardiner said: “The government shares the public’s high regard for animal welfare and we are proud to have some of the highest standards in the world. Today we welcome the new law which requires mandatory CCTV in all abattoirs in England."

“We are a nation that cares about animals and these strong measures will ensure all animals are treated with the utmost respect at all stages of life allows us to continue to lead the way to raise the bar in high welfare standards.”

The move has also been welcomed by the BVA and the Veterinary Public Health Association, who have been campaigning on this issue for several years.

BVA president John Fishwick said: “We are delighted to hear that CCTV will now become mandatory in all abattoirs across England, providing Official Veterinarians (OVs) with an essential tool to help them monitor animal welfare and enable them to identify any breaches in the regulations. OVs perform a vital role in abattoirs and unrestricted access to CCTV will allow them to perform this role even more effectively.

“Having campaigned for many years for the introduction of CCTV into slaughterhouses we are very happy to see our work come to fruition and we now hope to see similar legal requirements introduced in Scotland, Wales and Northern Ireland.”