MRCVSonline cannot control these cookies from outside sources and we advise you to check with the relevant third party for more information..
Royal Mail notes fall in dog attacks on postal workers 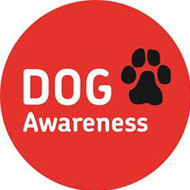 The figures come at the start of Royal Mail's Dog Awareness Week.

The number of dog attacks on postmen and women has fallen seven per cent in the last year, according to research by Royal Mail.

The figures come at the start of Dog Awareness Week which aims to raise awareness of the issue of dog attacks on postal staff and encourage responsible dog ownership.

Royal Mail states that while the reduction in attacks is encouraging, the figures are still too high.

“Some of these attacks have led to extremely serious and life changing injuries and this is unacceptable,” commented Dr Shaun Davis, Royal Mail group director of safety, health, wellbeing and sustainability.

“While the number of dog attacks on postmen and women has fallen in the last year, the numbers are still far too high. Our postmen and women need to be able to deliver the service they provide to communities across the UK, without the risk of injury.”

As well as a fall in dog attacks, Royal Mail found that the number of attacks rises during the school holidays and in the summer months when parents and children are at home.

In the last year, 71 per cent of dog attacks on postal workers have occurred at the front door or in the front garden. At these times the dogs are more likely to be unsupervised in the garden or not kept under control when the postal worker knocks on the door.

Now in its fifth year, Royal Mail’s Dog Awareness Week is supported by the Communications Workers Union and a host of organisations and animal charities.

As part of this year’s campaign, dog awareness posters will be in place in all Royal Mail enquiry office’s giving dog owners tips on how they can help. Dog wardens will also be visiting delivery offices across the country giving dog safety talks.