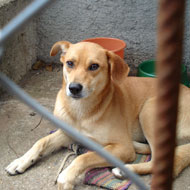 More than 100,000 animals are admitted to shelters in Taiwan every year.

Ban comes one year after suicide of a vet

A ban on animal euthanasia in Taiwan is set to come into force following the shocking suicide of a vet.

According to The Taipei Times, Chien Chih-Cheng took her own life as a message that ‘all lives are equal’ in hope that the government would put more effort into managing the stray animal problem.

Chien was the director of an animal shelter in Taoyuan’s Xinwu District. On the 5 May 2016, she allegedly took her own life using animal euthanasia drugs.

According to reports, Chien left a note explaining that while she was a passionate animal lover, she was extremely disturbed by having to euthanise so many animals. Chien did not like putting dogs down, but she saw this as a better end for the unwanted animals than leaving them at risk of disease.

Taiyuan city councillor Wang Hai-yu told The Taipei Times that Chein was under immense stress as a result of misinformed criticism being directed at her.

Before her death, Chien took part in a television interview in which she revealed that she had put down 700 dogs in one year. Animal activists reacted by unleashing relentless attacks on Chien’s shelter. Some even described her as a ‘butcher’.

Every year in Taiwan, more than 100,000 animals are admitted to shelters, of which 70 per cent are euthanised because they cannot be adopted. The problem stems from puppy farms, which produce an average of 160,000 puppies a year. This leads to overcrowding at shelters, which are also understaffed and lack proper resources.

Chien’s death prompted a huge debate about animal policies in Taiwan. The Council of Agriculture said that it understood the plight of animals and would seek improvements.

Following an amendment to the Animal Protection Act, from 4 February it will be illegal to put down abandoned animals. According to BBC News, the Taiwanese government plans to increase funding and staff at shelters and says that it will also provide psychological support. Anybody that wishes to leave a pet in a shelter will now have to pay fee of $125 (£100).

Critics want the government to get tough on puppy farms, carry out spay and neuter programmes and provide assistance to organisations that take in strays.