MRCVSonline cannot control these cookies from outside sources and we advise you to check with the relevant third party for more information..
BSL has failed, London Assembly members say 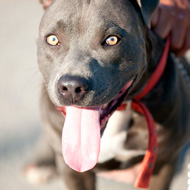 It is understood that the Metropolitan Police alone will destroy around 300 dogs seized by officers this year.

Motion calls for a review of the Dangerous Dogs Act


Members of the London Assembly are calling for a formal review of the Dangerous Dogs Act 1991, as they believe breed specific legislation (BSL) - which prohibits certain types of dog - has failed to protect the public and dog welfare.

A motion was passed this week (7 December), which calls on the mayor to request a review from Efra's secretary of state.

Section one of the act, which is 25 years old, prohibits four types of dog - the pitbull terrier, Japanese tosa, fila

Braziliero and dogo Argentino. Assembly members said the legislation has not reduced the number of dog bite incidents and does not safeguard dog welfare.

The motion was brought by assembly member Steve O'Connell, who feels current policies to protect people from dangerous dogs are "not fit for purpose".

"It’s important that, if the current system is not working, we look at other ways of handling what is a growing problem. The consequences for victims of a dog attack can be devastating and I hope the relevant authorities take note of our motion."


Leonie Cooper AM, who seconded the motion, commented: "It's abundantly clear that the breed specific legislation isn't effective. We need stronger, more extensive legislation to reduce the number of dog attacks and bring irresponsible owners to justice."

Cooper wants to see the government working with police and local councils, as well as organisations such as Battersea Dogs and Cats Home, to consider the best way to protect people from dangerous dogs.

The motion notes that authorities elsewhere in the world are reviewing or overturning their BSL - for example, the Netherlands, Italy and Lower Saxony, Germany, where other methods of reducing dog bites incidents have been identified.

BSL has come under intense criticism this year with charities including the RSPCA and Battersea Dogs and Cats Home revealing they are forced to euthanise numerous healthy animals every year that could otherwise have been rehomed, simply because of their appearance. Meanwhile, figures show dog bite incidents are continuing to rise.

It is understood that the Metropolitan Police alone will destroy around 300 dogs seized by officers this year. The status dog unit, which deals specifically with dangerous dogs, has seen a seven per cent increase in the number of seizures during 2016.