Cookie use on MRCVSonline
We use cookies to ensure that we give you the best experience on our website. If you continue without changing your settings, we will assume that you are happy to receive all cookies.
Accept Policy
Change cookie settings
Fourth COVID impact survey shows continuing progress towards normality 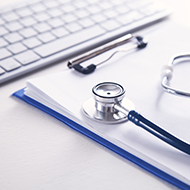 The fourth COVID impact survey was sent out to 3,077 UK veterinary practices at the beginning of September.

More than half of practices surveyed report increased or steady turnover

The survey received 241 responses, an eight per cent increase on the 196 responses received for the third COVID impact survey.

The findings revealed that 58 per cent of respondents felt that their practices were operating a ‘near normal’ service, and a further 27 per cent reported a return to ‘business as usual’.

Only a small percentage of practices reported that they had staff who were self-isolating or in quarantine, and just 10 per cent of practices had veterinary surgeons who were currently furloughed, compared to 47 per cent in June.

Lizzie Lockett, RCVS CEO, said: “The results from this latest survey indicate that, for many practices, business continues to progress towards normality, with over half of respondents saying they were delivering a ‘near normal’ service.

“However, the pandemic is far from over, with many areas of the UK entering into new periods of greater restriction even since our survey was carried out.

“In light of the ever-changing situation and new regulations set out by the four UK governments, we would encourage as many practices as possible to engage with our fifth survey – scheduled for November – to allow us to best gauge developments and identify where support and further guidance is needed.”