Cookie use on MRCVSonline
We use cookies to ensure that we give you the best experience on our website. If you continue without changing your settings, we will assume that you are happy to receive all cookies.
Accept Policy
Change cookie settings
Cats Protection CEO to advise government on animal welfare 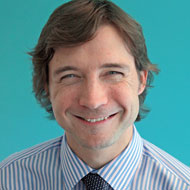 James Yeates is the only new appointee to the AWC to specialise in companion animals.

Cats Protection’s chief executive James Yeates is set to be a key advisor to the Government on important animal welfare issues.

The leading feline charity has confirmed James’ appointment to the government’s Animal Welfare Committee (AWC), which consist of experts in wild animals, farming and pets*. The panel provides detailed research and advice to the Department for Environment, Food and Rural Affairs (DEFRA) and the devolved administrations in Scotland and Wales.

James is a former chief veterinary officer at the RSPCA and an RCVS Registered specialist in animal welfare, science, ethics and law. He is also a diplomate of the RCVS and the European College of Animal Welfare and Behavioural Medicine.

Since 2018, James has been chief executive of Cats Protection, leading efforts to expand the charity’s rehoming, neutering and advocacy work. He is the only new appointee to the AWC to specialise in companion animals.

“I’m delighted to be taking up this role with the Animal Welfare Committee as an expert in the welfare of companion animals. The Committee has a strong record in being a force for good, and looks set to have an ever-greater impact and importance in the coming years,” said James.

“This role offers the potential to translate scientific findings, alongside other research and information, into guidance that will help animals and the people who live, work and care for animals. It’s an honour to be working alongside like-minded individuals to help improve the welfare of all animals in the UK.”

*The other members of the panel are: