MRCVSonline cannot control these cookies from outside sources and we advise you to check with the relevant third party for more information..
Two-thirds of vets continue to work when sick 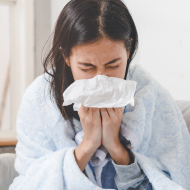 A small number of vets said that they avoided taking sick leave for financial reasons owing to a lack of, or very limited, sick pay.


New figures released by the British Veterinary Association (BVA) show that almost two-thirds of vets (63 per cent) attended work last year when they did not feel well enough. The Association is warning that ‘presenteeism’ - or people coming into work when they are ill - is a problem in the profession and may have a prolonged impact on the wellbeing of vets.

More than 1,300 BVA members responded to the BVA Voice of the Veterinary Profession survey, carried out between April and May 2019. Of these, 69 per cent of locum vets and 64 per cent of employees said they have worked when they have not felt well enough, as did 57 per cent of partners and the self-employed.

Around 18 per cent of respondents said they did not take sick leave because they felt uncomfortable doing so. The figures show this is more common amongst vets under the age of 35 (25 per cent) and female vets (21 per cent compared to 11 per cent of male vets).

In light of these findings, the BVA is reminding vets that they have the legal right not to work when they are not well enough to do so and that any concerns should be discussed with managers.

“We know that veterinary workplaces are under enormous pressure from staff shortages, and none of us wants to feel like we are letting our colleagues down, but presenteeism only stores up more problems for the future,” said BVA president Daniella dos Santos.

“Working when you are ill puts your own health and wellbeing at risk longer-term and can also put your colleagues, clients and patients under your care at risk.

“It’s particularly worrying that some of our colleagues feel pressure to work when they feel unwell, especially younger members. As a profession we have made huge steps forward in recognising the issues around mental health and supporting one another and being physically unwell should be the same.”

Among the reasons cited by vets for not taking sick leave include concerns about the impact on colleagues and worries about “letting the team down”. One respondent said: “Because I would leave the practice understaffed, and the remaining vets would have to work a lot harder and longer as a result.” Another said: “Being ill is not an option. The practice is short-staffed.”

A perceived culture of working through sickness was also reported by some vets. One noted: “The veterinary industry, on the whole, has a 'phone in dead' policy ie don't call in sick!” and another explained: “[I] feel that I am judged for taking time off, even when I lost my voice and was unable to consult.”

A small number of vets said that they avoided taking sick leave for financial reasons owing to a lack of, or very limited, sick pay.

Ms Santos added: “Anyone who is concerned should speak to their manager and remember that BVA members can always get free advice and support via the BVA legal helpline. Ultimately, it’s important to create a workplace culture that supports the entire veterinary team to prioritise their own physical and mental health.”