Cookie use on MRCVSonline
We use cookies to ensure that we give you the best experience on our website. If you continue without changing your settings, we will assume that you are happy to receive all cookies.
Accept Policy
Change cookie settings
Midge season has extended owing to climate change, study shows 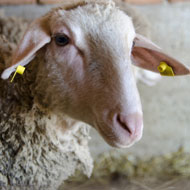 Scientists warn the extended period could have dire consequences for animals that are susceptible to bluetongue.

Research highlights the effect of global warming on insect populations

The findings, published in the Journal of Applied Ecology, could help scientists better predict how disease spread may alter in response to future climate change.

In the study, scientists analysed midge activity over two UK sites: Starcross in Devon and Preston in Lancashire. The sites are home to the longest-running flying insect survey in the world, the Rothamsted Insect Survey.

In total, the team looked more than 2,800 insect collections that spanned a 40-year timescale and contained more than 150,000 midges.

They found that the number of days midges were active across the two sites varied. Although they observed a similar change in temperature across the two sites, there was no significant change in midge prevalence at Starcross. At Preston, however, the midges had extended their yearly activity period by 40 days since the 1980s.

The study was carried out by scientists at The Pirbright Institute, Rothamsted Research, The Centre for Ecology and Hydrology and the Met Office.

Dr Chris Sander, who led the study at Pirbright, said: “At first we thought this large difference in response might be due to many other local factors that can affect midge populations, such as abundance of their food source (like cattle) and changes in land use.

“But we found that these factors either remained consistent for both sites over the course of this study, or the changes would have been neutral in terms of their effects on the midge population, indicating that there was something else at play”.

Scientists warn the extended period could have dire consequences for animals that are susceptible to bluetongue as it increases that time at which they are at risk of contracting the disease. Decreasing the time when adult midges are absent during the colder months increases the chance the virus will be able to overwinter and emerge the following spring.

Movement restrictions imposed on animals during a Bluetongue outbreak could be lifted when midge activity and disease transmission is negotiable, scientists said. A longer midge season would reduce the available time for the trade and movement of these animals, having a significant impact on these industries.