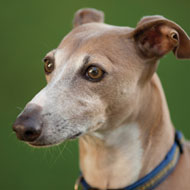 The number of racing greyhounds being put to sleep or passing away in 2018 remained consistent with that of 2017.

Rehoming and adoption charity Dogs Trust has called for a statutory levy on bookmakers to contribute towards the welfare of greyhounds.

The call comes after figures from the Greyhound Board of Great Britain (GBGB) revealed that the number of racing greyhounds being put to sleep or passing away in 2018 remained consistent with that of 2017.

In a statement on its website, Dogs Trust hailed the report as ‘another step towards an open and honest greyhound industry’. But it stressed that the overall percentage of greyhounds passing away ‘is still too many’.

“We will continue to work with the industry via the Greyhound Forum to push for improvement to protect greyhound welfare both on and off the track as well as into their retirement,” the charity said.

“The need for additional funding is also paramount and we are calling for a statutory levy to require all bookmakers to contribute to the welfare of the greyhounds who are so critical to this industry.”

In the same year, the number of greyhounds put to sleep trackside fell from 257 to 242.

The full report is available to view at www.gbgb.org.uk