Cookie use on MRCVSonline
We use cookies to ensure that we give you the best experience on our website. If you continue without changing your settings, we will assume that you are happy to receive all cookies.
Accept Policy
Change cookie settings
Free Range Friday to raise money for rehoming centre 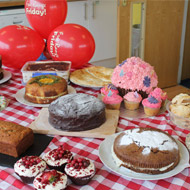 BHWT urge people to bake cakes on Friday, 23 September to help raise funds towards a new training and rehoming centre.

A hen charity has launched an appeal to raise funds for a new rehoming and education centre.

The British Hen Welfare Trust (BHWT) has submitted a planning application to build the centre at its base in South Molton, Devon. They expect the build to cost around £200,000.

Once established, the centre will serve both as a place to re-home caged hens and as a space for holding educational talks and training.

The campaign is set to launch on the first ever British Hen Welfare Day (BHWD) on Friday, 23 September which, the charity hope, will become an annual event.

This year, the BHWT urge people to get involved by holding a Free Range Friday and invite their friends and family to eat cakes in exchange for a donation towards the centre.

Staff at the charity's headquarters will also get involved by baking cakes and bringing them into the office. We’re also told they will be doing something ‘a little eggstra special’ on the day - details of which will be revealed soon.

“This year we are also looking to build our first flagship re-homing and education centre at Hen Central in North Devon. But to do that we need the help of our wonderful supporters, and we believe that together you can all help us towards our goal.

“So whether it’s inside or out, hot or cold and whether you’ve got 50 people attending or five, get the cakes in, get the kettle boiled and get eating!”

If your practice would like to take part in the event, please contact corinne.hendrie@bhwt.co.uk for an information pack.